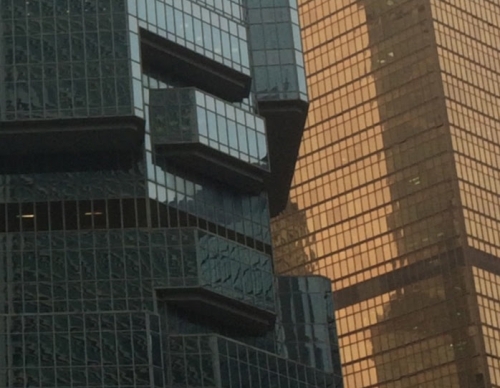 Anne Libby (b.1987, Los Angeles, CA) received her B.F.A. from the Rhode Island School of Design in 2009 and completed her M.F.A. from Bard College in 2017. Recent solo exhibitions this year include Earthflash at Night Gallery in Los Angeles, CA as well as at The Downer, Berlin, DE. Libby has also been included in group exhibitions at Josh Lilley, London, UK; 247365, New York, NY; Signal, Brooklyn, NY. She lives and works in Brooklyn, NY.

A. “Oh sure!” German WW1 metal helmets are pretty, you know, pointy. That’s why in battle they hid them under fabric, to camouflage the shame and the glare.
Spike, feather, cap, NO MATTER! Laugh at the hats of men.

B. Let’s contemplate the Lungfish: first a large creature with big fin, it evolved, slimming to move faster, like a snake. What of the fin? Heartbroken, it adapted, withered to uselessly thin ribbons, stupidly floating along. Why even hold on?

C.  New York underwater; specifically, the Formica dinette in the bend of the East river, off… 16th St? A “fun” collision, confirmed by the Times, it speaks deeply to our dream of a conclusion, this resinous stack of sheets, separating slowly, forever. Fun!

D. The Golden Door, Anne Libby’s first solo show at Magenta Plains, unites the floors of the gallery through a repetition: a doubled quilt. The works, which mimic the grid of skyscraper windows, are hung to suggest continuity. Sewn with a pulsating color that could be cataloguing the sun’s movement, rows of windows threaten an urban picture with a modernist one, but for their physical presence. Circulating both floors are vertical sculptures, firm wood bound aloft by a web of sharp strips woven through a loose grid of C&C cuts, the holes of eaten leaves.

E. Libby’s practice has long prodded the structures of display with a precise, humiliating touch. Her materials have a history: once alive, or useful, now pierced, opened, grids of wood or preserved seaweed; carved plastic tables woven with blinds. Each work is a hybrid model—machined cuts are covered by obvious handiwork, preordered shapes seem to be arranged by intuition. What is she up to? Her means are transparent, and yet persistently inscrutable.

D. Nonetheless, there are some clear referents: a decorative language that points to Art Nouveau, craft traditions yoked towards collage, the implication of the Earth or at least our slide into the Anthropocene, and a scale that seems to refer to the built environment—some kind of Shaker version of Frank Gehry—but less noxious.

C. A bit from a lecture I’m into: the historian Spyros Papapetros’s history of bodily adornment. The German word “Schmunk” refers to a decorated bodily artifact (i.e., jewelry or weaponry). A projection of movement expressed in three forms: the ring, the pendent, and an unnamable directional weave. This anthropological story places the decorative in the river of broader histories: art, colonialism, patriarchal biology—single strands woven together.

“The ornament holds back, and holds together, the world,” visibly embedding the forces of man within nature. But think of the fin—evolution works as much through atrophy as expansion; vestal organs neither become nor perish, like the letters of a spoken word.

B. If there is a ghost in these rooms it’s a sheet of glass, unbroken. What aren’t we looking at? Blankets of opaque windows, mutilated blinds. The power of these works is the sense that something is being made visible, that a moment is being preserved for the future.

A. The contour of the East River, “the parkway,” is only 80 years old. Formica is even older. The underwater table isn’t useless but its function has changed. The work of the water will see to that, even if we won’t.