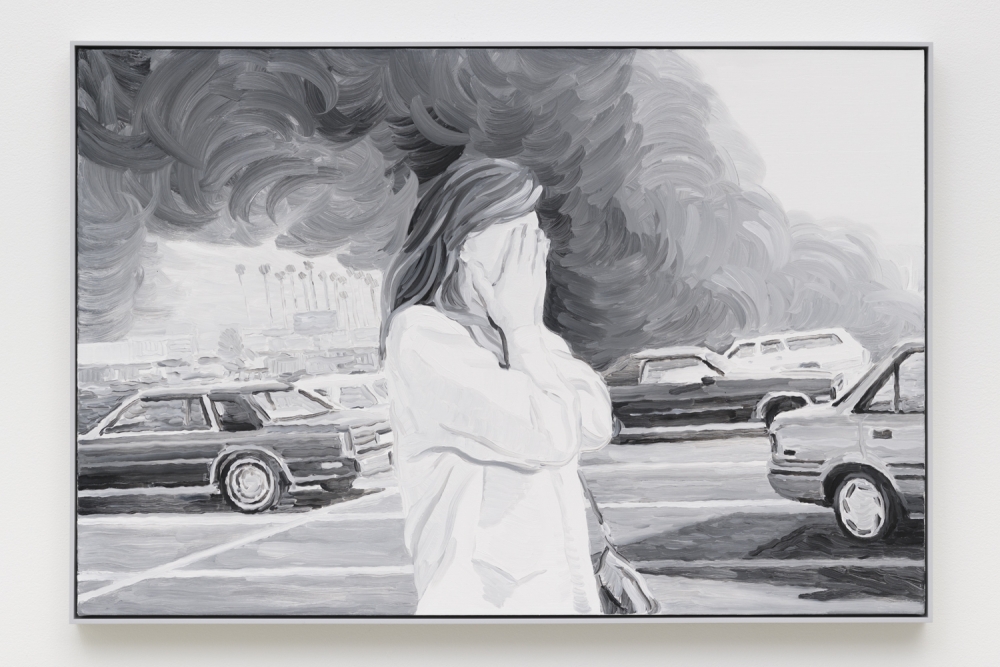 Cynthia Daignault’s “Elegy (Los Angeles),” 2019, has entered the permanent collection of the Dallas Museum of Art, TX. Daignault is a Baltimore-based painter known for an ambitious and wide-ranging practice, exploring the contemporary American experience through a diversity of subjects. “Elegy (Los Angeles)” was included in Daignault’s exhibition “Elegy,” which opened at Night Gallery in September 2019. Of the work, Anna Katherine Brodbeck, the DMA’s Hoffman Family Senior Curator of Contemporary Art, writes, "Cynthia Daignault’s ‘Elegy (Los Angeles)’ is history painting for our time. Although Daignault’s source material is a photograph of the 1992 LA uprising, it still hits a raw nerve, both in terms of the plumes of smoke which call to mind the wildfires that have ravaged the west coast this summer and the country’s continued reckoning with racial injustice. Her distinctive brush strokes are almost at odds with her greyscale palette, animating the supposedly neutral presentation of the news with a pulse of emotion." Daignault’s work is also included in the collections of the Metropolitan Museum of Art, New York; the Blanton Museum of Art, Austin, TX; and the Baltimore Museum of Art, MD.